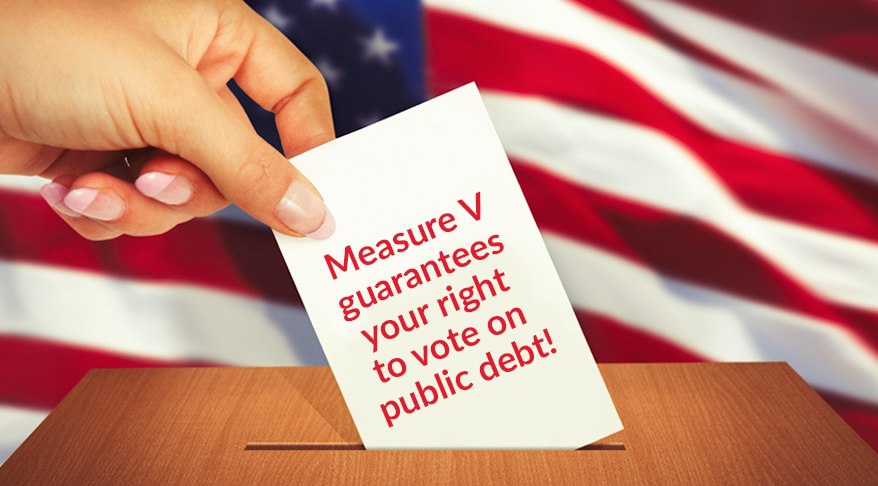 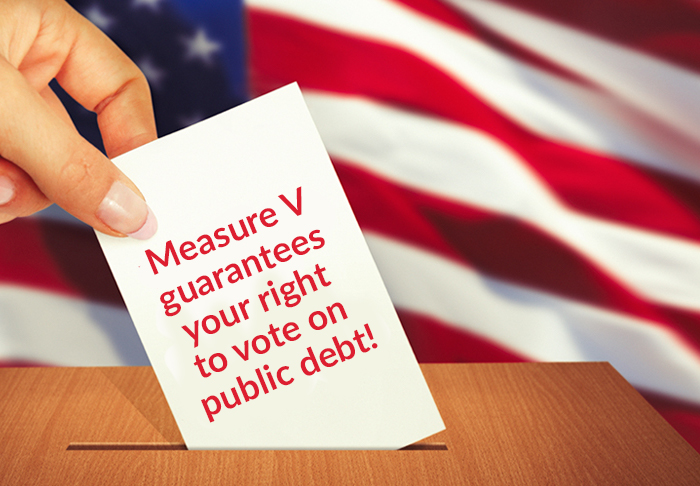 As an Apple Valley voter, I support my right to vote on bonds or other public debt in excess of $10 million.

Measure V does just one thing: Guarantees your right to vote either “YES” or “NO” on public debt that could cost Apple Valley hundreds of millions of dollars.

Here is a link to find your polling place

If you already voted, thank you!

San Bernardino County Elections Office of the Registrar of Voters

"Voting ‘yes’ … would simply require that Apple Valley voters have the right to vote ‘yes’ or ‘no’ on long-term debt they will have to repay over $10 million."