As I had mentioned in an earlier letter, after a number of measures to reduce consumption I was pleased to be congratulated in my bill for success of about 30 percent reduction in July (Awesome!!) and August (Another awesome job! thank you!!) over an equivalent period in 2013. However, when some of the trees around our domicile then began looking peaked I increased their share by some 25 percent. But to compensate I then cut off one station entirely, 14 trees at the far corner of the property, a huge saving, I thought. So I was astounded by a September bill silently tut-tutting us for 30 percent over 2013.

Earth in the Balance by former senator Al Gore states, …the effects of climate change… now changing the climate of the entire globe to a degree far greater — and faster — than anything that has occurred in human history… suggests that our drought (and flooding elsewhere) might become a more nearly permanent condition of mankind in a world already overpopulated some 5 to 20 times — depending on your optimism or religious persuasion. So, elaborating on a suggestion in my earlier letter, let’s make usage more easily monitored.

To read my total accumulated consumption — incredible this 21st century — I have to hike about a quarter mile down a dirt road, then remove a heavy plate, gaining access to sweep the dirt off our underground gauge; finally subtracting the last reading in order to determine this month’s usage. So guys, help us here: what’s needed is an electronic system, e.g. by email, which, as well as that last figure might also report instantaneous rate to help us detect and correct any leaks.

C’mon guys, if you really want our help you’ve gotta catch up with the rest of the 21st century. 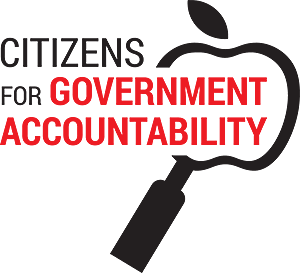