Western Water is a wholly-owned subsidiary of Carlyle Infrastructure, part of Washington, D.C.-based The Carlyle Group. Algonquin Power & Utilities is based in Oakville, Ontario, Canada.

Liberty Utilities would assume $77 million of existing long-term debt as part of the deal, so the acquisition is expected to have net property, plant and equipment and other assets for rate-making purposes of $259 million at the close of the deal, Park Water CEO Christopher Schilling said in a news release.

The offer is subject to certain approvals and conditions, including state and federal regulatory approval, and is expected to close in the second half of 2015, Schilling said.

Two municipalities affected by the potential sale said they will stay the course to acquire AVR and Mountain Water Co. in Missoula, Montana.

The potential sale of Park Water does not alter in the least our intent to acquire the Apple Valley (Ranchos) water system, Mayor Art Bishop said. The regulatory process is very lengthy, and in the meantime we are moving forward with our efforts to bring local control and stability to our water rates. Apple Valley Ranchos has proposed a consumer rate hike of approximately 30 percent over the next three years beginning in January. Earlier this year hundreds of AVR customers attended California Public Utility Commission field hearings in town to protest the rate request. The town has collaborated with the city of Missoula, which is trying to acquire local water supplier

Mountain Water by condemnation. City officials there held a press conference Friday to state their position.

Our attorneys believe that any sale of Mountain Water cannot be completed until our litigation is settled in District Court, Missoula Mayor John Engen said. We’re planning to continue just as we have been.

We are delighted with this development, Schilling said. Carlyle Infrastructure has been and remains an excellent shareholder and partner to Park Water and its operating subsidiaries, Apple Valley Ranchos and Mountain Water Co.

Park’s Downey-headquartered holding company was acquired by The Carlyle Group in December 2011. 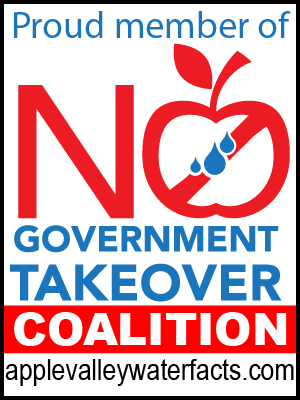